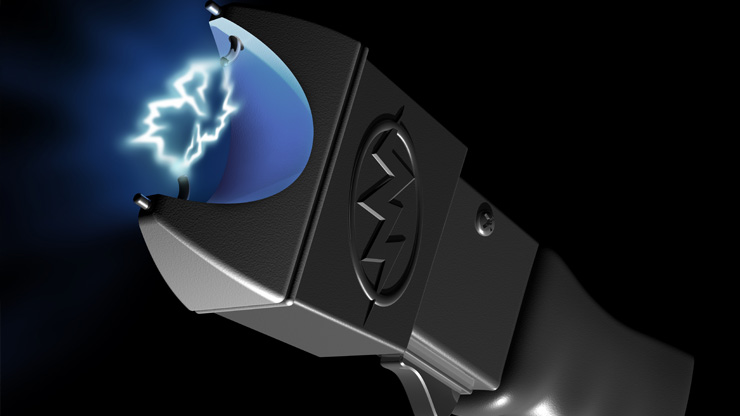 The Illinois Supreme Court has found the laws banning the carrying or possession of stun guns and tasers unconstitutional.  In a consolidated appeal of People v. Webb and People v. Greco, the Illinois Supreme Court unanimously found that stun guns and tasers are bearable arms entitled to the protection of the second amendment and that Illinois’ complete ban on such weapons is unconstitutional.

Prior to the Supreme Court’s ruling, possession of stun guns and tasers were strictly prohibited under Illinois law pursuant to 720 ILCS 5/24-1(a)(4) which states

(a) A person commits the offense of unlawful use of weapons when he knowingly:

(4) Carries or possesses in any vehicle or concealed on or about his person except when on his land or in his own abode, legal dwelling, or fixed place of business, or on the land or in the legal dwelling of another person as an invitee with that person’s permission, any pistol, revolver, stun gun or taser or other firearm …

In its appellate brief, the State tried to argue that the statute did not create a total ban on stun guns and tasers.  The State based its argument on the exception written into the Unlawful Use of Weapons (UUW) statute which allows for persons with a concealed carry permit to legally carry a concealed firearm.  The Illinois Supreme Court, however, rejected this argument and found that the exception only applies to handguns as defined within the act and that the law as written provides no mechanisms for a lawful citizen to possess a stun gun or taser.

This is good news for anyone who has charges pending for possession of either a stun gun or taser.  Since the law is unconstitutional, anyone with pending charges pursuant to this statute may file a motion to dismiss and will likely have it granted by the court.  This also means that anyone who has previously been convicted under this statute may be eligible to have their case brought back into court and possibly have their conviction reversed and their record expunged.