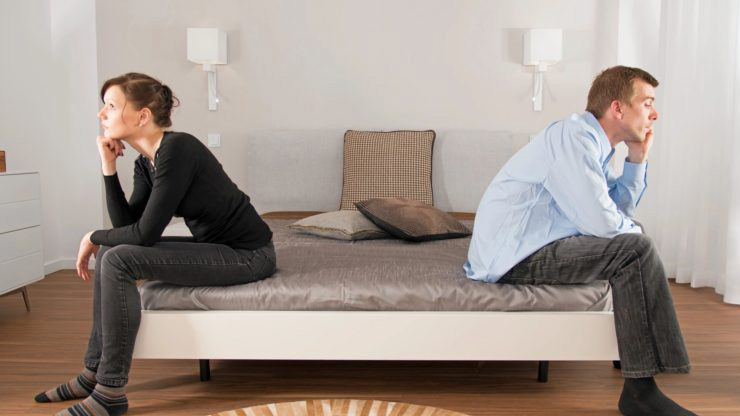 Nobody’s relationship is perfect, and it is not unusual for couples to argue, but sometimes those arguments can quickly get out of hand. If the police are called due to a couple fighting, then a simple argument can suddenly turn into a domestic battery charge. Domestic Battery can be charged regardless of whether there is an injury since Illinois law also recognizes battery based solely on physical contact of an insulting or provoking nature 720 ILCS 5/12-3.2(a)(2). Once police are called and they begin investigating the situation. The bar is very low for them to determine whether to arrest an individual for domestic battery.

Domestic Battery is very similar to Battery and the main difference revolves around the relationship of the individuals. Domestic Battery specifically involves a family or household member and a significant other falls into this very broad category. Once an individual speaks to the police about any incident that involves some form of argument and physical contact with their significant other, the police are quick to get statements and evidence from everyone involved and they will likely make an arrest. This arrest will occur even if the alleged victim does not have any injures or they tell the police that they do not wish to press charges. This is because the State is the only party in control of charging a Domestic Battery and the State will not back off simply because an alleged victim asks them to drop the charges.

After an individual is charged with Domestic Battery, they will be arrested and processed in jail. After being processed, that individual must wait in custody until they can see a Judge and have bond set for their case. This process usually involves spending the night in jail.  Once bond is set, the accused will be able to pay the bond and be released from custody during the pendency of the case. In addition to posting money, there may be other bond conditions that the accused must abided by in order to secure their release. More often than not, an individual’s bond conditions will prohibit them from having contact with the alleged victim and their place of residence. This no contact order can be confusing as the alleged victim can contact the Defendant, but the Defendant cannot return any communication with the alleged victim. This includes texts, emails, and social media communications. Additionally, if the Defendant and the alleged victim were living together, then the no contact order usually means the Defendant must find another place to live during the pendency of the case. Violating any of the bond conditions can result in the Defendant being taken back into custody.

When a couple is forced to deal with a domestic battery charge, but they still want to be together, then the Defendant will have to file a motion to modify conditions of bond to be heard by the court.  Generally, the State will object to any modifications of bond conditions and the Judge will make the final decision after hearing arguments from both sides. When a Defendant wants to modify bond conditions to have contact, the alleged victim will need to testify to the fact that they also want contact. Additionally, the Defendant may call other witnesses to testify but those witnesses are subject to cross examination from the prosecutor. Sometimes a Defendant can support their motion for modifying contact by showing there is a hardship to the alleged victim as a result of the Defendant not being allowed to be a part of the household. Ultimately, the Court’s main concern is protecting the alleged victim, while also taking into consideration the alleged victim’s wishes. When ruling on the motion, the Court will take into consideration many factors, including, but not limited to, the Defendant’s criminal history, the circumstances leading up to the arrest, the seriousness of the allegations, the victim’s wishes, and any hardships or burdens presented. Unless and until a Court enters an order modifying bond conditions to allow for contact, the Defendant must not have contact with the alleged victim under any circumstances. This includes texts messages, phone calls, emails, social media, etc.

Filing a motion to modify conditions of bond and presenting this evidence to the court is very legally technical and can be difficult for anyone who is unfamiliar with our court system. Anyone who has been charged with Domestic Battery should speak with a knowledgeable attorney before going to court.