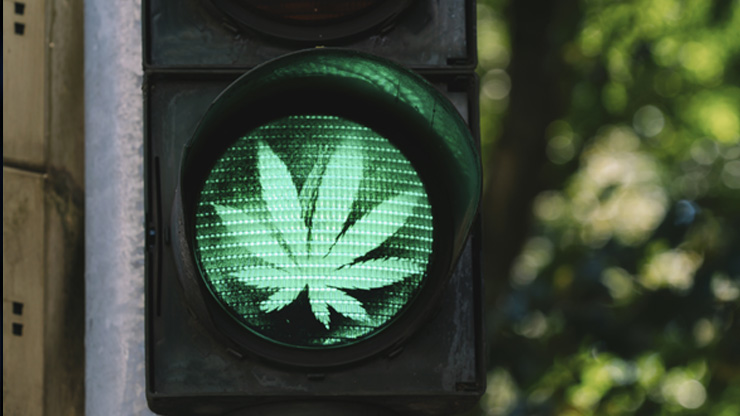 Driving Under the Influence of Marijuana

In recent years, the State of Illinois has passed several laws easing the restrictions on possession of cannabis and the possible ramifications that marijuana possession can have on a person’s criminal record.  The Decriminalization Law passed in July of 2016 made possession of less than 10 grams of marijuana a civil law violation instead of a criminal offense.  The penalty for such a violation would include a fine of up to $200 and the offender’s record would automatically be expunged after 6 months.

In November of 2018, a bill passed the Illinois House that would allow persons who received convictions for possession of marijuana prior to the enactment of the decriminalization statute, would be eligible to have their records expunged.  Additionally, with the recent election of Governor JB Pritzker, the legislature seems poised to introduce recreational marijuana to Illinois.  This would allow for the possession of marijuana by any individual, even without a medical cannabis card.

Even though the legislature continues to slowly decriminalize the possession and use of cannabis, it is still illegal to operate a vehicle while under the influence of cannabis, or other drugs.  It is a common misconception that the DUI laws apply only to individuals that are impaired by alcohol.

Because of the changes in the law and the increased consumption of cannabis by the general population in Illinois, law enforcement agencies are developing new chemical and field sobriety tests that can be used to detect individuals that are under the influence of cannabis.  Until the cannabis decriminalization statute passed in 2016, it was illegal for a person to operate a vehicle with “trace amounts” of cannabis in their system.  Cannabis can be detected in a person’s system for up to a month after consumption, depending on how regularly that person used cannabis and their physiology.  This means that a person could be convicted for driving under the influence of cannabis up to a month after the physical affects of the drug had worn off.

The decriminalization of cannabis legislation removed the “trace amounts” language from the statute and now requires the state to prove that a driver was actually impaired by the drug before they may be convicted of driving under the influence of cannabis.  The legislature set the impairment mark at 5 nanograms or more of THC in blood, or 10 nanograms or more of THC in saliva.

Because of this, police department are now looking to acquire new testing equipment to identify drivers who are under the influence of cannabis, the same way breathalyzers are used to test drivers for impaired by alcohol.  Additionally, many departments are now sending their officers to receive training as a Drug Recognition Examiner (DRE).  To become a certified DRE, a police officer must complete 40 hours of training focused on the detection of individuals impaired by drugs.  This training will teach officers how to conduct field sobriety tests that are designed to detect people impaired by cannabis or other drugs.  These tests include:  the modified romberg test, the convergence test, and the finger to nose test.

The number of officers that are qualified to perform these specialized tests is a small percentage of the overall law enforcement population.  Currently, I am aware of only 3 officers in Winnebago County that have attained this certification out of the hundreds of officers that are employed within the county.  If an officer tries to perform these tests without having the necessary training, its possible to have the results of those tests suppressed at trial.  In fact, our firm had a trial for a DUI cannabis case where the officer testified that the only training he received for the detection of drug impaired drivers was sitting in on a 3 hour power point presentation.  The Judge was not impressed and issued a directed verdict against the state saying that the officer was not qualified to detect cannabis impairment.

As always, the police may try to conduct chemical testing to determine if a driver is impaired by cannabis.  Currently, the police use urine testing to detect for impairment of cannabis, but there are plans to introduce saliva tests and breathalyzer tests.  The urine tests collected by the police are usually done at a local hospital after a traffic stop, and the samples are sent to the State Police lab in Chicago for analysis.  Unless the police obtain a search warrant from a judge, or there is an accident involving great bodily harm or death, drivers may refuse to perform any chemical testing requested by police.  Drivers are always free to refuse any field sobriety testing, and there is no warrant a judge can sign that will require a motorist to perform these tests against their will.

No Responses to “Driving Under the Influence of Marijuana”